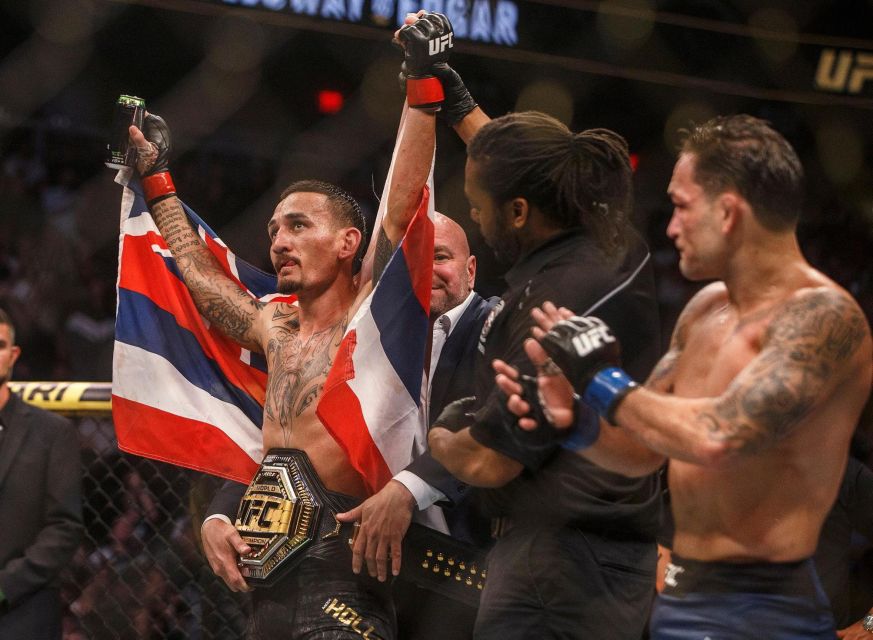 The UFC 240 event in Edmonton, Canada was headlined by Max Holloway taking on Frankie Edgar for the UFC featherweight championship. The Hawaiian was able to retain his title against the always savvy UFC veteran Edgar. It took the pair the full 5 rounds, but it was Holloway who retained his title at the end of the night with a pretty clear unanimous decision.

The co-main event was featured by former UFC/Strikerforce/Invicta FC champion Cris Cyborg squaring off with the also former Invicta FC featherweight champion Felicia Spencer. Although Cyborg started the first round in dominating fashion, the Canadian held her own throughout the entirety of the fight. Felicia elbowed Cyborg at one point, opening a cut right on her forehead which bled for most of the fight. Cyborg showed tremendous respect for Felicia immediately after their battle:

“I trained really hard. Thanks to Felicia for giving me my first cut. I’m happy. I just want to come back and do my job. Thank you, God. I feel very blessed to be here. The sport is growing and better girls keep showing up. I’m really happy because when I started MMA, there weren’t any girls. Seeing girls in the cage makes me proud.”

Here are the rest of the UFC 240 results: