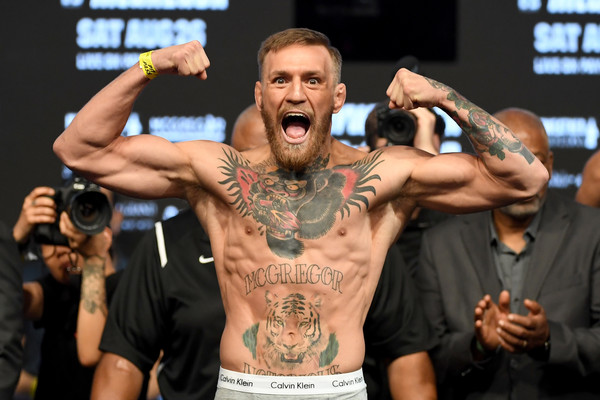 Former UFC lightweight champion Conor McGregor is set to make his Octagon return from what many fans believe was another early retirement. The 31-year old Irish lad spoke to MMA reporter Ariel Helwani on his show in an exclusive interview to discuss his future.

“I want my world title back, I want that redemption. The camp was incorrect. I’ve learned so much on that. Knowing the commitment I had in that camp and knowing the performance I put on. He ran away for that the first round. He didn’t throw a punch, he shot for the legs before he threw a punch…The only reason he ended up in that dominant position was because I walked around with disrespect towards him because he was just running around that cage. I switched off in that millisecond and got that lucky shot. Even after he got that lucky shot, although it was a beautiful shot, even after he got that shot, I bounced back up and engaged. What did he do? He shot again. But, whatever there are many great things I can take from that. I can come back and avenge that.”

McGregor was quick to show fans how hungry he is for a UFC return, you can really sense the eagerness to compete once again in his latest interview. He explains the mixed feelings he had about getting back in the UFC lightweight race after suffering a devastating hand injury during a training session earlier this year. Not only does he lose his title fight to Khabib, but now he has to deal with being forced to put his daily MMA training on hold indefinitely. The high-energy Irish Warrior was devastated mentally and rushed his decision to retire when he really never wanted that.

Although he admits he’d prefer an immediate rematch with now UFC lightweight champ Khabib Nurmagomedov, he won’t be waiting around for him. McGregor is prepared for anyone that the UFC wants to put in front of him and mentions how there are plenty of worthy opponents.

“I am not going to wait around. Whoever. If you are asking me who, whoever. If Dustin goes in and does it, Dustin, if it’s Nate, Nate, if it’s Jorge, Jorge. Anyone. Tony Ferguson, Justin Gaethje. (Max) Holloway rematch, (Jose) Aldo rematch. There are so many bouts for me…And, in reality, it does not matter who. It is just about me getting back in and being who I am and not a shell of myself.”

MMA fans will be excited to see the always entertaining Conor McGregor face off against fighters in today’s very stacked 155-pound UFC division.