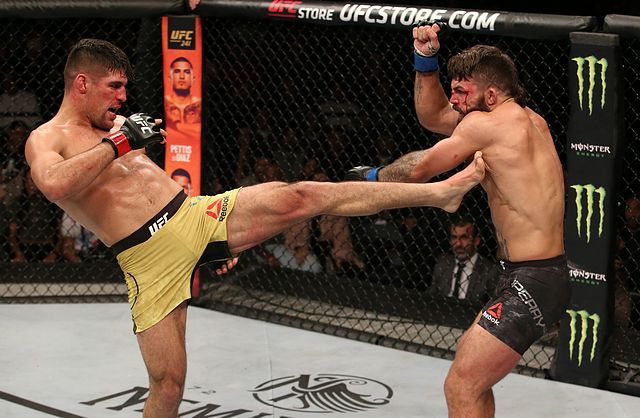 The UFC Fight Night 156 event took place this past Saturday, drawing an estimated 9,225 fans at the Antel Arena in Montevideo, Uruguay.

In the co-main event, UFC welterweights Vicente Luque and Mike Perry went to war which resulted in a busted nose for Perry somewhere deep into the later rounds. It was Luque who won via a tight split decision, but both fighters pocketed an additional $50,000 USD with “Fight of the Night” bonsues. .

As part of the same main fight card, Volkan Oezdemir knocked out the Swedish bulldozer Ilir Latifi via some vicious punches in the second round. He earned himself a “Performance of the Night” award, earning an extra $50,000 USD bonus. Oezdemir bounces back with a huge victory after losing 3 consecutive UFC fights. His last win was against Jimi Manuwa at UFC 214, back in July of 2017 which is a little over 2 years ago.

UFC flyweight fighter Veronica Macedo also took home a $50,000 bonus for her “Performance of the Night” armbar win over Polyana Viana. The Venezuelan was also coming off 3 straight losses but showed that she fights best when her back is against the wall. Macedo defeated Viana in under 70 seconds, breaking a UFC record for the quickest submission in the Women’s flyweight division (125 lbs).