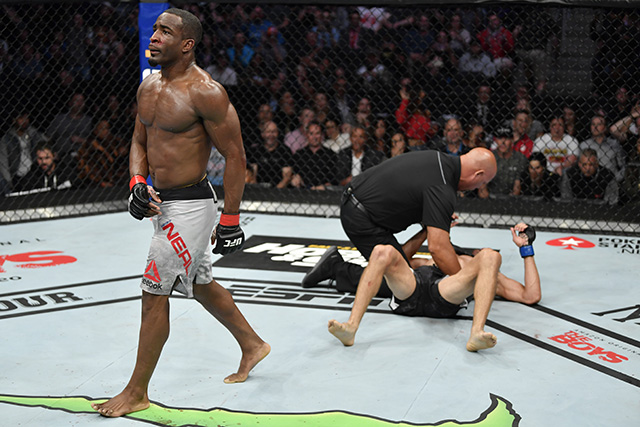 The UFC 240 event took place this past Saturday evening, drawing an estimated 12,144 fans at Rogers Place in Edmonton, Alberta, Canada with a total Gate of $1.4 million USD.

In the preliminary card, Hakeem Dawodu defeated Yoshinori Horie with a vicious TKO in the third round. Dawodu was later awarded “Perforamnce of the Night” by UFC officials, pocketing an additional $50,000 USD on top of his UFC 240 purse .

As part of the main card, Geoff Neal TKO’d Niko Price in mid second round. Neal not only wins 6 consecutive MMA fights, but he also pocketed an extra $50,000 USD for his “Performance of the Night” as well. He’ll continue to climb up the welterweight ladder with his now improved 12-2 MMA record.

“Fight of the Night” awards were given to Deiveson Figueiredo and Alexandre Pantoja who definitely brought it to the octagon in their UFC 240 preliminary card performance. Both fighters pick up some additional paychecks, adding $50,000 USD to their bank accounts.