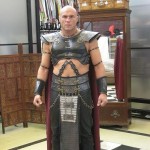 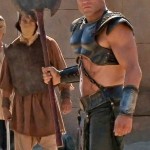 Randy Couture has just retired from the UFC, but his life doesn’t just end right there.  He has been working on a new movie called The Scorpion King: The Akkadian, which is set to come out in theaters in 2008 .

The director of the movie, Russell Mulcahy, tells us that the movie is an upcoming prequel to the Scorpion King, a film that was released in 2002.  The movie is based on the video game of the same name and Randy Couture plays the role of a villain.

Hopefully this will not be the last time we see Randy in action as we still have hopes of watching him fight again…real fighting that is!

MORE VIDEOS
Dan Henderson Rejects UFC Contract Extension
Frank Shamrock: “The UFC is promoting the UFC and NOT promoting the talent”
To Top