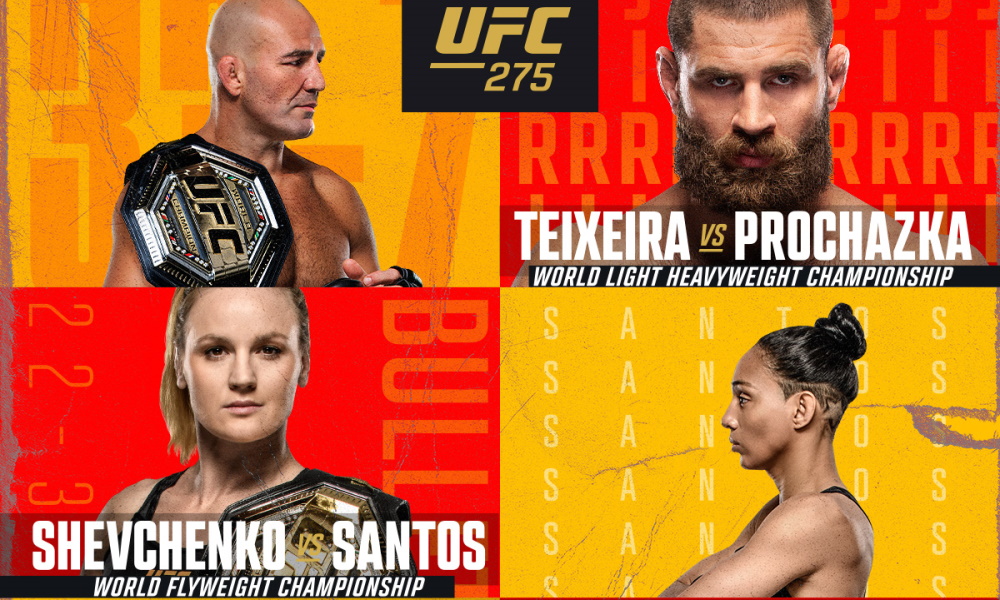 UFC 275 will headline a 205-pound title bout between Brazilian veteran Glover Teixeira and Czech Republic knockout artist Jiří Procházka who is coming off a 9-fight TKO win streak, 2-0 in the UFC. The light heavyweight matchup will be aired on pay-per-view this Saturday, June 11th at the Indoor Stadium in Kallang, Singapore.

As part of the co-main event, current champion Valentina Shevchenko looks to defend her UFC Flyweight belt against Brazilian contender Taila Santos who is 19-1 in her MMA career.