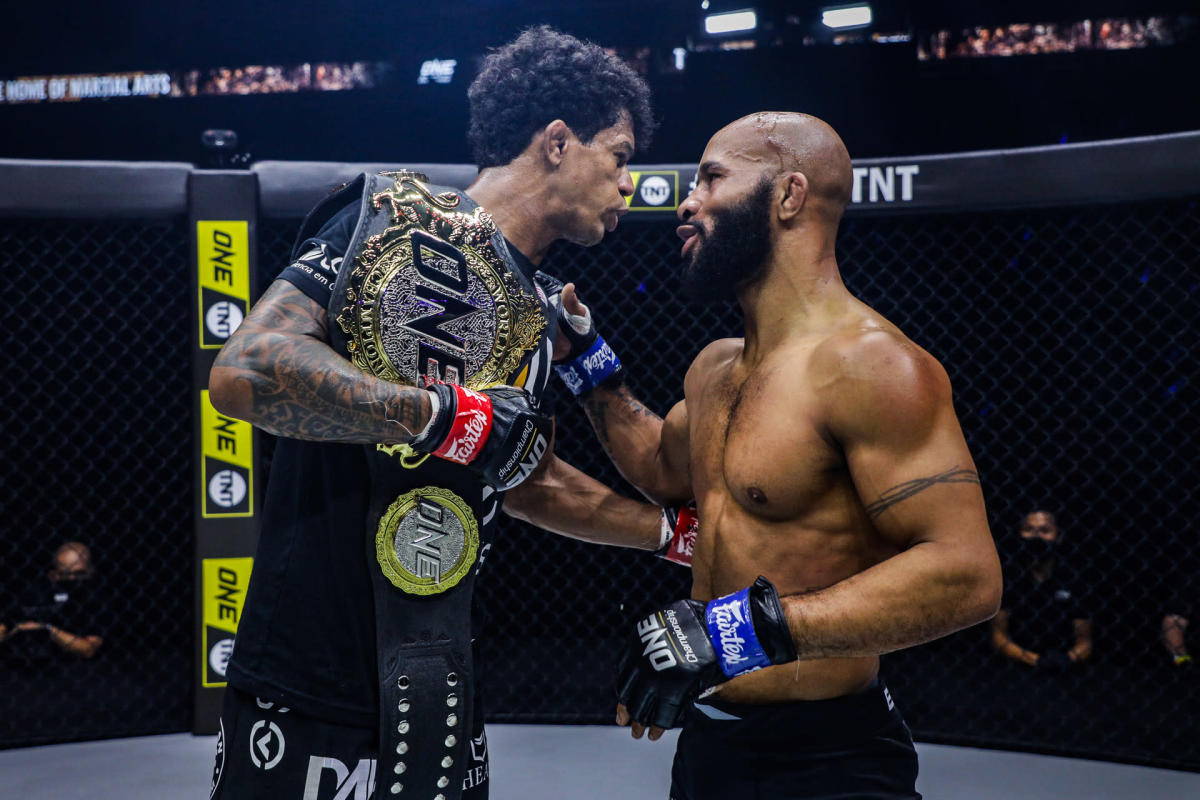 Earlier this year, Amazon and ONE Championship announced a multi year partnership that will give exclusive rights to stream live events on Prime Video in the US and Canada. Twelve live events will be hosted annually, and the first one has just been scheduled.

Adriano Moraes vs. Demetrious Johnson II has been scheduled for the ONE Flyweight Championship on Friday, August 26th, 2022. The bout will take place at Singapore Indoor Stadium.

ONE Championship looks to expand their viewership by joining the extensive list of sports partnerships under the Prime Video Sports umbrella, including events such as Thursday Night Football, New York Yankees games, the Premier League in the United Kingdom and the UEFA Champions League in Germany and Italy.

The match will feature a chance for “Mighty Mouse” to avenge the only professional knockout loss of his career, when Moraes landed a devastating knee in the second round of their previous fight back in April 2021, to retain his title. Since then, Moraes has defended his Flyweight belt by submission against Yuya Wakamatsu this past March.

This will be Johnson’s (3-1 in ONE) first official MMA bout since that match over a year ago. Johnson is not totally rusty however, as he was able to defeat Muay Thai sensation Rodtang Jitmuangnon by submission in a special rules match this past March.